Save the world in this real time war game.

Many metropol cities captured by evil zombies and they are attacking few live humans. United nations and N.A.T.O(NATO) decided to send troops over zombie captured cities and gave command to your hands. Your duty is to destroy their homes, headquarters and kill all zombies in all cities. You will conquer consequently Lisbon, Madrid, Casablanca, Rome, Berlin, Paris, London, Istanbul, Moscow, Mexico City, Texas, Chicago, Toronto, California, New york and Washington. Now, prepare to the biggest war of humanity against evil zombies.
How to play: You have strong soldiers, tanks, humvees, rocket tanks against zombies. You are able to buy and deploy them based on your golds. You must select the unit you want to deploy and tap on screen to buy and deploy. 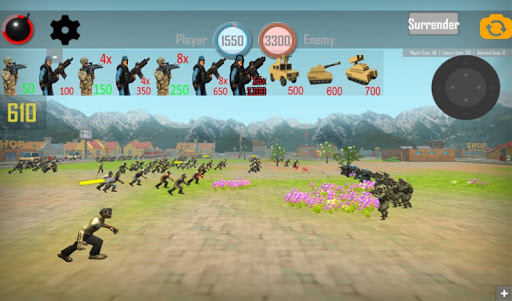 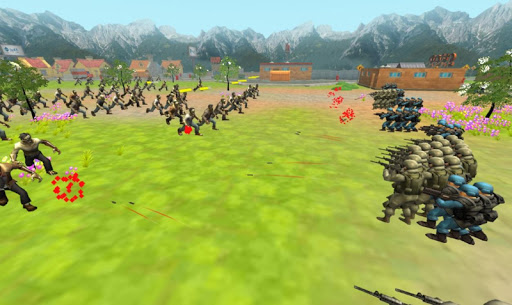 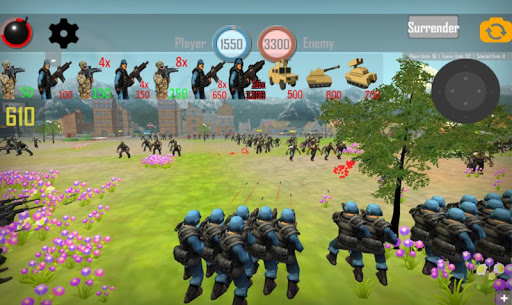