“To my side, my noble Einherjar!”

An intricate and evocative tale of fates woven by gods and mortals, steeped in Norse mythology, punctuated by groundbreaking combat, and brought to life by a soundtrack considered among gaming’s greatest. Behold the origin of the VALKYRIE PROFILE franchise for yourself.

Added features and enhancements make it easier than ever to enjoy VALKYRIE PROFILE: LENNETH.

MYTHOS
Long ago, the worlds were forged: Midgard, the domain of mortals, and Asgard, the realm of celestial beings—elves, giants, and gods.

Amid the heavens, the sands of time flowed peaceably, until one fateful day. What began as a simple feud between the Aesir and Vanir would soon ignite a divine war that would come to rage across the lands of men, heralding the coming of the end of the world.

STORY
By Odin’s command the battle maiden descends from Valhalla, surveying the chaos of Midgard, seeking the souls of the worthy.

As war ravages Asgard above and Ragnarok threatens the world’s end, she must learn her own story, and discover her own destiny.

From the heavens on high to the world down below, the battle for the souls of gods and men begins.

GATHER YOUR EINHERJAR
Odin has tasked you with gathering Einherjar, the souls of worthy, and offering them to the gods as able warriors.

-Recruit Einherjar
Perform Spiritual Concentration from the overworld to find fallen souls, then visit them to witness the circumstances of their fates and recruit them.

-Develop Einherjar in Combat
Fight alongside your Einherjar, and sharpen their skills and abilities to enhance their value as warriors.

-Send Einherjar to Asgard
Once they are worthy, send the warriors forth to the heavens, making sure they are suitably equipped for the great war.

-Hear of Their Exploits
Learn how your Einherjar have fared in Asgard at the end of each chapter. 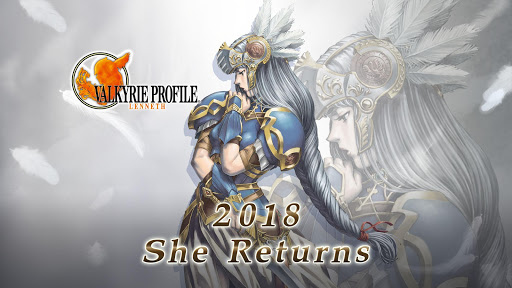 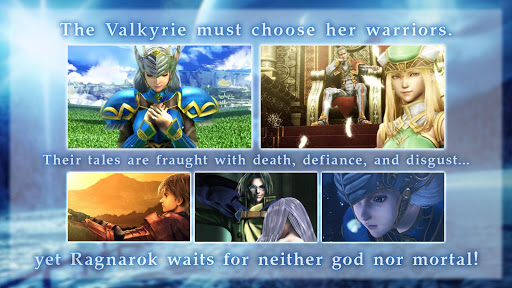 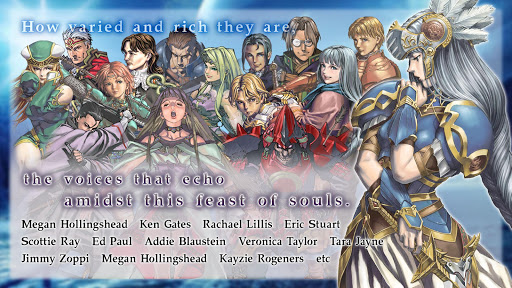