>> What legends will be born when millions of players produce resources, develop forces, make alliances, join battles, and capture territories on a realistic battle field? >> How many combinations will be available when there are various skills and strategies plus hundreds of military generals and five unit types? Come and find out yourself!

Three Kingdoms: Tactics, a ground-breaking game that offers an authentic KOEI TECMO experience, will take you back to the age of Three Kingdoms. Here, you can experience both the heritage of the classics and the thrill of top-notch strategic encounters brought about by gameplay upgrades.

Recreate 100+ generals of Three Kingdoms and command your heroes to your heart’s content. Make use of the five major types of armies and 100+ powerful battle methods to create an exclusive army and flexible formations.

Take advantage of the land and win with the perfect formation. Understand the lay of the land, where every action has consequences. Experience the flexible troop movement system as you meet your foes on the front lines and conquer them!

< Befriend new Comrades & Alliance Fight>
Make friends with like-minded players, and fight with hundreds of allies in concert to create a hegemony. Feel the brotherhood, fight side by side with trusted allies and create a grand vision of three kingdoms together!

Enjoy the fierce confrontation of Three Kingdoms power and real-time battle with thousands of players. Grab the dock, seize the level, enjoy the fast and furious mega legion war!

< Earn Your Victories instead of Paying to Win >
No VIP in this game. Players cannot pay to buy resources or combat units nor can they accelerate the resource collecting progress. In the level playing field, obtain victory with your wit and strategy.
[Season 4 Updates]
1. Card Pack Time-limited Event + New Officers
A total of 8 new Officers have been added to the time-limited Card Packs.
2. New Campaign Gameplay – Local Warlords
The Campaign mode is now available where the starting provinces become selective factions.
3. The People System
Added the People system.
4. New Event Tactics
APP ID: com.qookkagame.sgzzlb.gp.sea 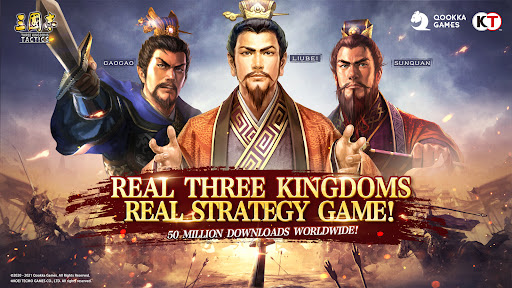