Play Ben Alien on Minecraft and get new mods, maps and add-ons for Minecraft PE free. The protector of Earth Benjamin Tennyson, more known as Ben Ten is the kid who has destined to have the Omnitrix among his cousin Gwen Tennyson and his grandpa Maxwell Tennyson. And he is now in Minecraft with this Mod

Ben ! The protector of Earth! Is now in Minecraft with this Mod. Benjamin Tennyson is the kid who has destined to have the Omnitrix among his cousin Gwen Tennyson and his grandpa Maxwell Tennyson. Now that Ben got the omnitrix, he is now able to transform into an alien to fight monsters and villains. But Ben can’t save the Minecraft world without the help of Gwen’s magic powers, and Grandpa Max’s combat and weapon skills. Ben’s enemies have also extraordinary powers like Ben and his companions have, but our hero Ben will not let them win and conquer the Minecraft world. So, what are you waiting for, discover now how Ben and his companions use their powers and skills to defeat their powerful enemies in the Minecraft world.

Disclaimer: This application is not approved nor affiliated with Mojang AB, its name, commercial brand and other aspects of the application are registered brands and the property of their respective owners. This app adheres to the terms set out by Mojang. All items, names, places and other aspects of the game described within this application are trademarked and owned by their respective owners. We make no claim to and do not have any rights to any of the foregoing.
New Update
APP ID: io.kodular.wilmerforero9.ben10 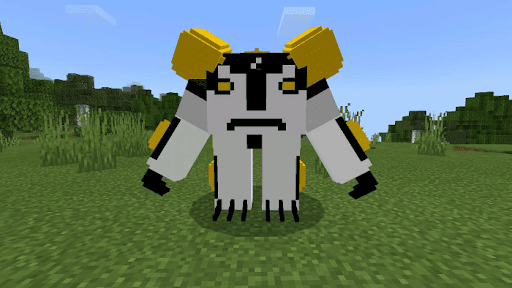