In this 2 player game, you and your friend will play the role of “intimate” classmates in the meantime. In the classroom, two players will begin an exciting fight, which stands for a form of respect!

Go Battle is an exciting real time fight game, which is suitable for 2 players. With creative story situation and super real use’s interface, this game will bring you fantastic game experience.

Go battle and come to play now. Fight and try to escape the punishment from the teacher and headmaster. Make full use of every minute. This 2 player game will release your stress and bring you endless pleasure. Go and fight for yourself and become the last winner!
Optimize game features
APP ID: com.battle.deskmate 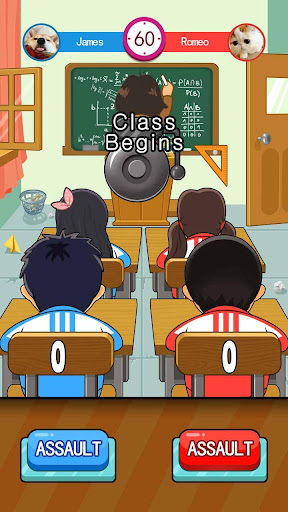