THIS GAME IS MEANT TO BE PLAYED WITH FRIENDS IN PERSON. IF YOU ARE ALONE YOU CANNOT PLAY!

Dark Stories is an easy to play and fun game but some of the stories are quite difficult. All the stories are fictional. To solve them, the players will need to prove their skills as detectives.

HOW TO PLAY
Dark Stories must be played in group. A person -chosen as narrator- picks a mystery and reads its description aloud.
Then he/she reads its solution without telling the other people. The rest of the players then have to make questions in order to solve the mystery.

The narrator can only answer the questions using “Yes”, “No” or “It is not relevant”. The only possible solution is the one given at the back of each mystery card. If the answer is still not clear enough, the players must follow the narrator’s interpretation of the mystery.

EXAMPLE
A typical fragment of a gameplay could be:

END OF THE GAME
When the narrator considers that the story has been solved enough, the narrator can conclude the game and read the whole solution.

It is up to the narrator to give some clues if the story is in a deadlock.

WHEN TO PLAY
It is perfect for birthday parties, camps… and every situation in which you join several friends.

STORIES
This free App includes more than 200 stories and we will add new stories periodically.

Accidents, suicides, thefts… Will you be able to solve every mystery?

Special thanks to Lorena Rebollo, mcwc307 Chan, Rachel Long and Zak Freckelton for their help with the English translation.
In this version:
• We have made some internal improvements.
APP ID: com.icecover.darkstories 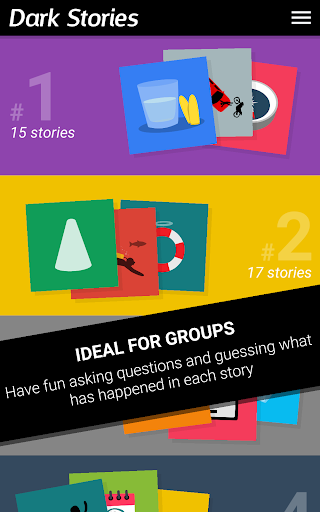 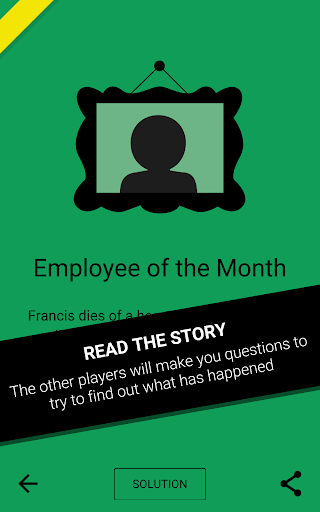 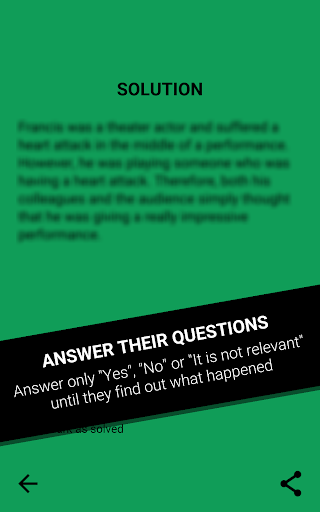