*Help:
The object of this game is to force capture of the enemy King
This may be by checkmate (he is under attack and has no means of escape) or by stalemate (he is not under immediate threat, but there is no legal, safe move)
When King is being threatened with capture, he is said to be in “check,” and the player must move in such a way that the Governor/General is no longer threatened. If he can not, he has lost the game.
APP ID: com.newellera.chinesechess.cotuong 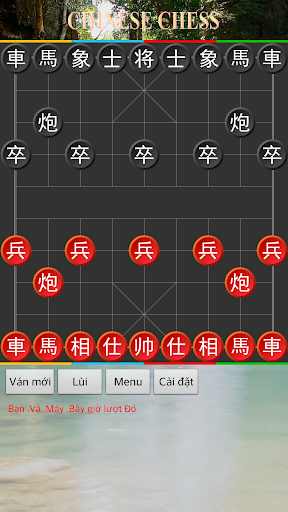